AmpMe™ is the record breaking #1 iPhone music syncing app that boosts the sound of your music by syncing it with all of your friends’ phones, bluetooth speakers, desktops and laptops for FREE! Over 20 Million users already use AmpMe™! Wanna know why? BOOST THE VOLUME OF YOUR DEVICE SPEAKERS! PLAY music from YouTube, Spotify, Deezer, SoundCloud or your personal Music Library SYNC up with your friends to play music and watch videos simultaneously on multiple devices. The more devices you connect, the louder your party! CONTROL the playlist with your friends and maximize your sound with the AmpMe™ FREE portable speaker volume booster! WORLD RECORD BREAKING AmpMe™ sync technology is so robust that it broke a world record by syncing music on 22,000 devices at the same time! http://blog.ampme.com/ampme-world-record/ RECOGNIZED BY THE PRESS AmpMe™ has been featured on major publications like CNN, BBC, Wall Street Journal, Variety, TechCrunch, CNET, GQ, Engadget, PCMag and more! https://www.ampme.com/press FOLLOW FRIENDS & INFLUENCERS: With AmpMe™ you can always connect remotely with friends, DJs, influencers, or even strangers all around the world by joining a FREE Live Party! Sign in with Facebook or Google to connect with friends, follow their profiles, and get notified when they start a party. That way you can help curate the playlist with song suggestions or roast their song choices in the chat ;) HOW DOES IT WORK? 1 - Download AmpMe on your iOS device. 2 - Start a party via YouTube, Spotify, Deezer, SoundCloud, or your personal Music Library. Alternatively, you can join a party nearby or Live Party if you don’t feel like being the host. 3- Tell your friends to connect to your party. 4 - Everyone in the party now will be able to listen to the same music and/or watch the same video at the same time. 5 - If you started the party, you’re the host and control what everyone else is listening to. Your friends can also add songs to your playlist - if you want them to. 6 - Chat with friends, send special emojis and send reactions to the music AmpMe is compatible with smartphones, tablets, desktops, laptops and bluetooth speakers, --just sync one bluetooth device per phone. FYI #1: SoundCloud requires that you have a SoundCloud account. Deezer and Spotify require that you have a premium subscriptions on their platform. FYI #2 Music Library (local music on your device) isn't supported on : iPad1,1 , iPad2,1 , iPad2,2 , iPad2,3 , iPad2,4 , iPad3,1 , iPad3,2 , iPad3,3 , iPad3,4, iPad3,5, iPad3,6, iPad2,5, iPad2,6, iPad2,7, iPhone1,1, iPhone1,2, Phone2,1, iPhone3,1, iPhone3,2 , iPhone3,3 , iPhone4,1, iPod1,1, iPod2,1, iPod3,1, iPod4,1, iPod5,1 UNLIMITED PREMIUM SUBSCRIPTION You can subscribe for unlimited access to AmpMe™ speaker boosting parties* Subscriptions are weekly, monthly and annual** You’ll be able to host unlimited parties Payment will be charged to iTunes account at confirmation of purchase Subscription automatically renews unless auto-renew is turned off at least 24-hours prior to the end of the current billing period Account will be charged for renewal within 24-hours prior to the end of the current billing period Subscription may be managed by going to your Account Settings after purchase Cancellation of the current subscription is not allowed during an active subscription period * Except in Canada, France, Sweden. ** Subscription amounts are equal to the value that the “Apple’s App Store Matrix” determines to be the equivalent of the subscription price of your local currency in $USD. MORE INFORMATION: FAQ: https://ampme.com/faq Terms of service: https://ampme.com/terms Privacy Policy: https://ampme.com/privacy Contact us: info@ampme.com 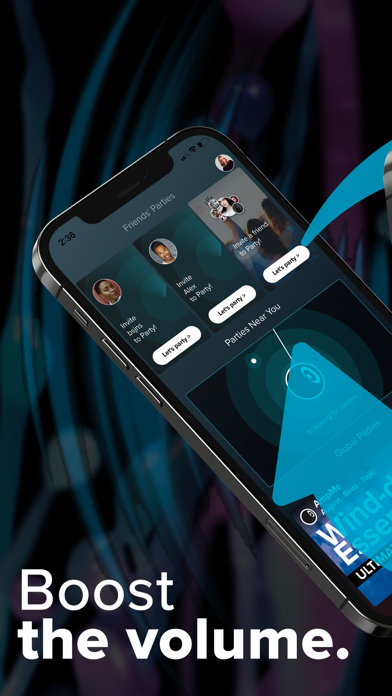 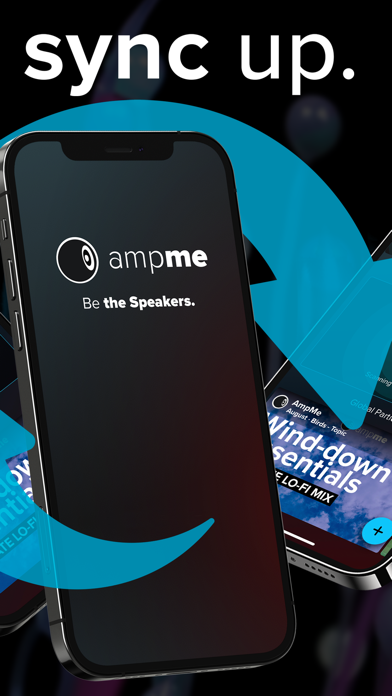 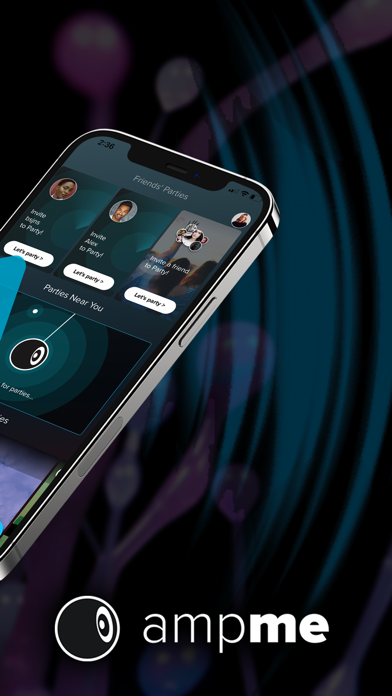 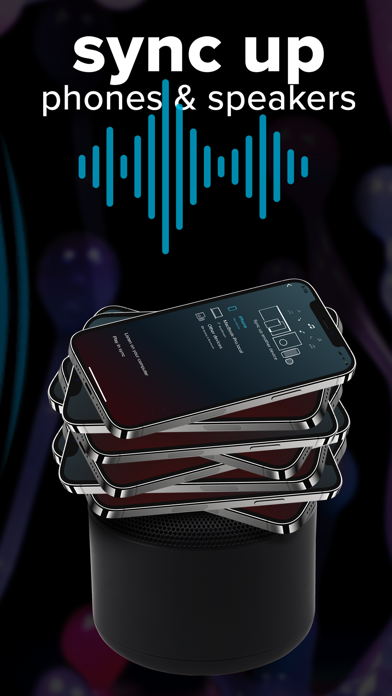 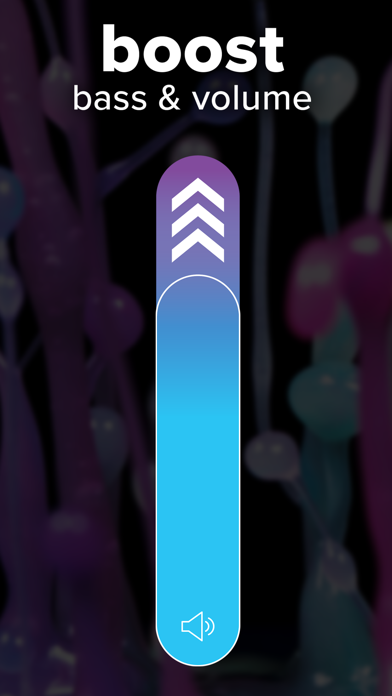 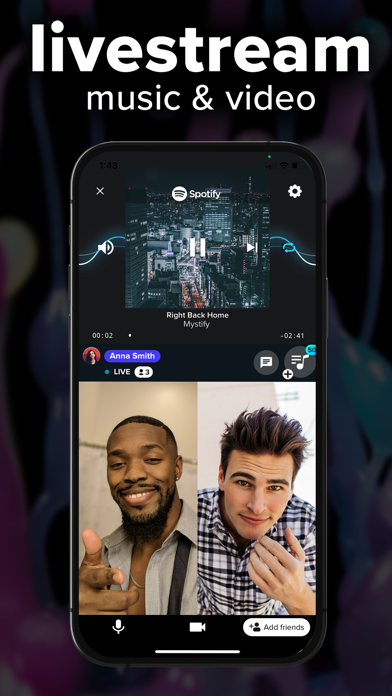 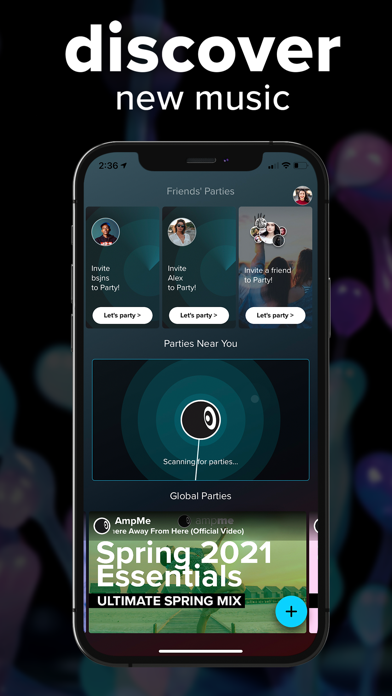 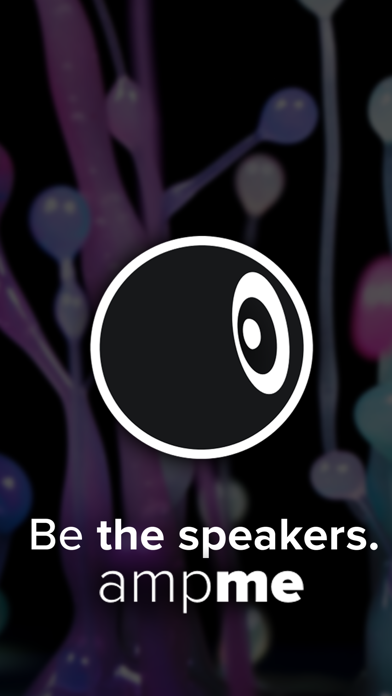